This room, which illustrates the time Van Morrison spent in Woodstock between 1969 and 1971, is used by supporting acts during a concert.

Van arrived in Woodstock to play the homespun Sound-Out festival on Pan’s Farm in West Saugerties. He learned that a house on Spencer Road was about to be vacated by The Band’s Richard Manuel and Garth Hudson. It was just off Ohayo Mountain Road near Bob Dylan’s home. Van, his wife Janet Planet, and her young son moved in, and he began rehearsing in the living room with local musicians. The songs of his award-winning Moondance album came to life here. 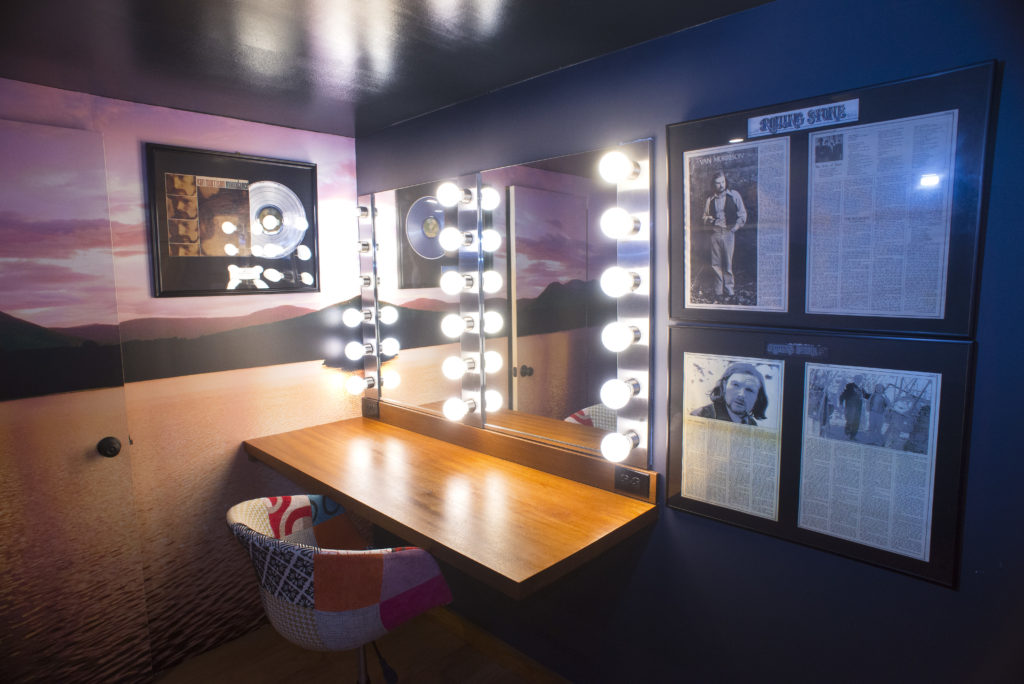 The spectacular view of the Ashokan Reservoir from this house would have reminded him of Belfast Lough, in his native Northern Ireland, and was a likely catalyst for the references to mysticism and nature on the album. A full-size mural of the Ashokan fills two walls of the dressing room. Also on show are some of his song lyrics and photographic references to his life.

Van left town in 1971 and his final tribute to Woodstock was the song “Old Old Woodstock,” a high point of his next album, Tupelo Honey. 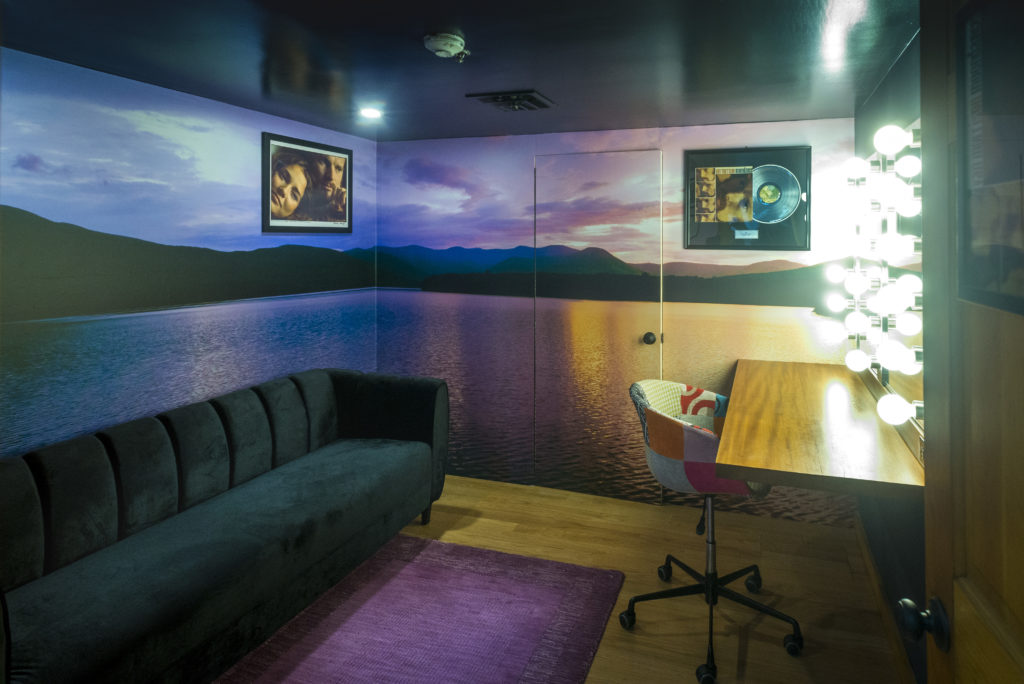