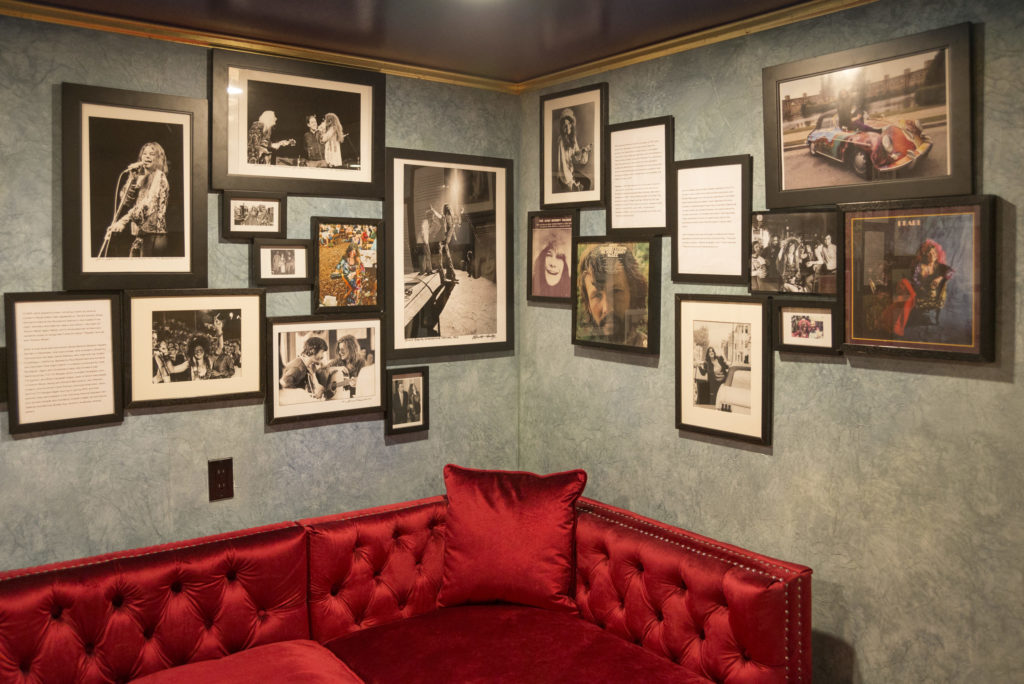 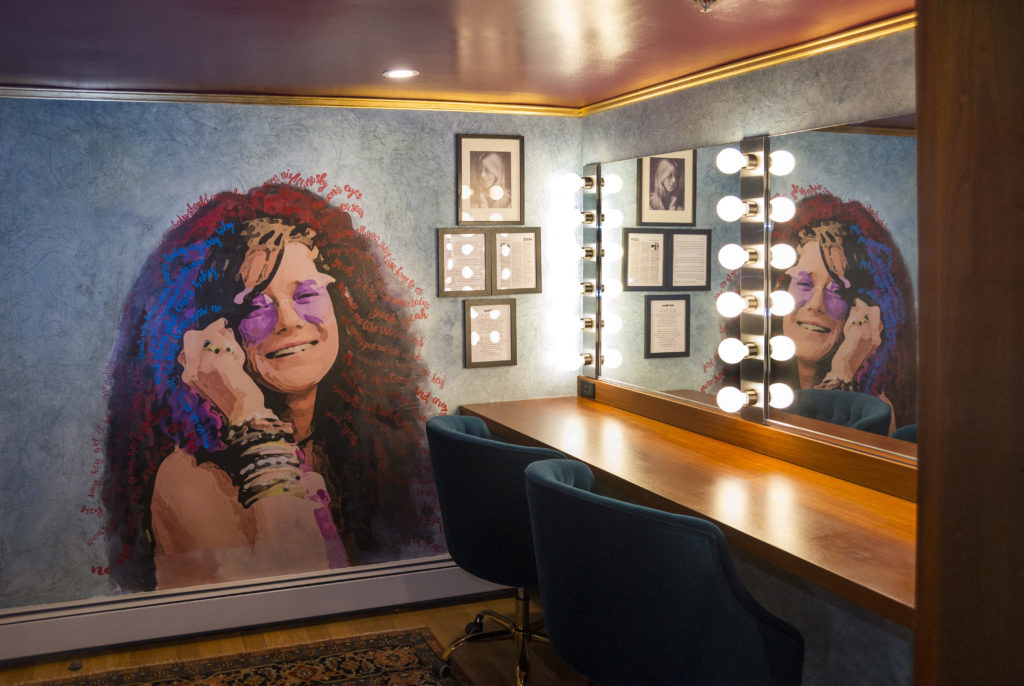 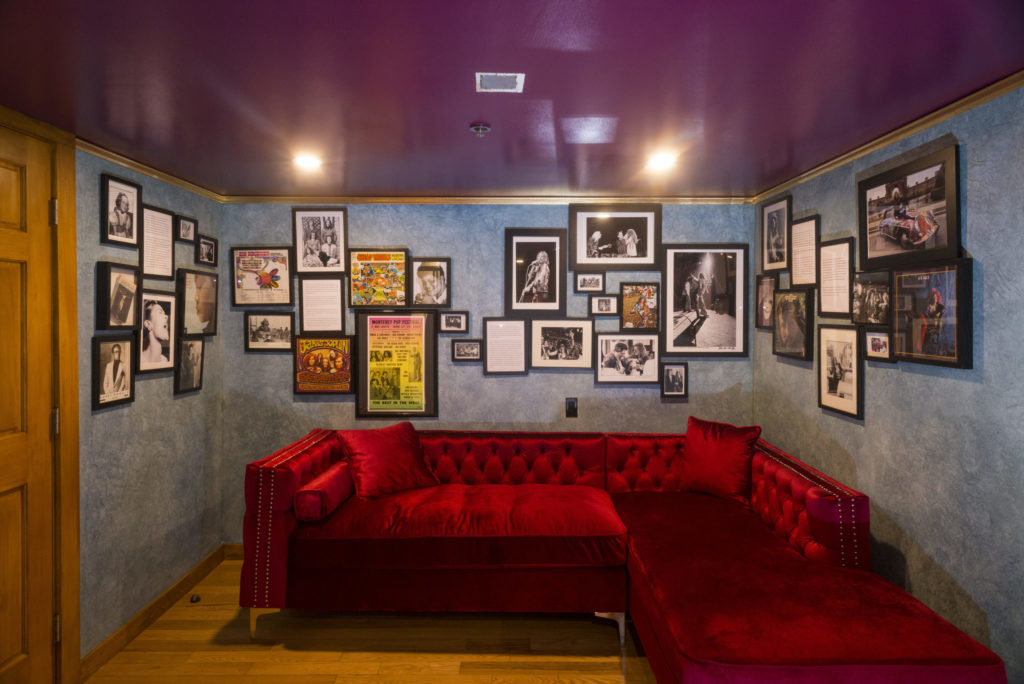 The main dressing room of the theater is a tribute to the Queen of Rock, Janis Joplin. A frequent visitor at the Grossman home and a regular partier at The Bear Café, Janis came to Woodstock to recover and relax after touring and recording.

The room reflects the breadth of her life—her friends and family, the men, the albums, the bands, and the influences and inspirations that drove her to become a blues singer at an early age. We are fortunate to have Janis’ biographer, Holly George-Warren, living nearby. Holly has told the story of Janis life both in a respected biography published in 2019, and on a smaller scale, in the narrative and photographs on show in this room.

Johanna Hall, lyricist for the nationally famous band Orleans, also lives nearby and in 1969, Janis asked her to write a song as a tribute to her beau, David Niehaus. Johanna obliged and the song “Half Moon” easily became a favorite of Janis’. They became friends before Janis’ tragic death from a heroin overdose at the age of 27. The artwork by Lindsey Tipler contains the words of that song.

Also on view is a photograph of Janis’ distinctive Porsche, which she, and later Albert’s artists, drove around Woodstock. It spent some time parked at the Bearsville Center in the small garage now used by The Little Bear as a storage space.

‘My love affair with Janis Joplin started in 1972 when I borrowed an LP called ‘Pearl’ from my local public library in the Midlands district of England. It blew my mind and I decided there and then, at the age of 14, to come to America and find where Janis had lived and played. I loved her voice, her attitude, her vulnerability, love for her family, and most of all her kick-ass take-no-prisoners approach to her career. A perfectionist and a professional, Janis put in her 10,000 hours, crafting her voice and her musical chops, and even became a producer on her last album’ 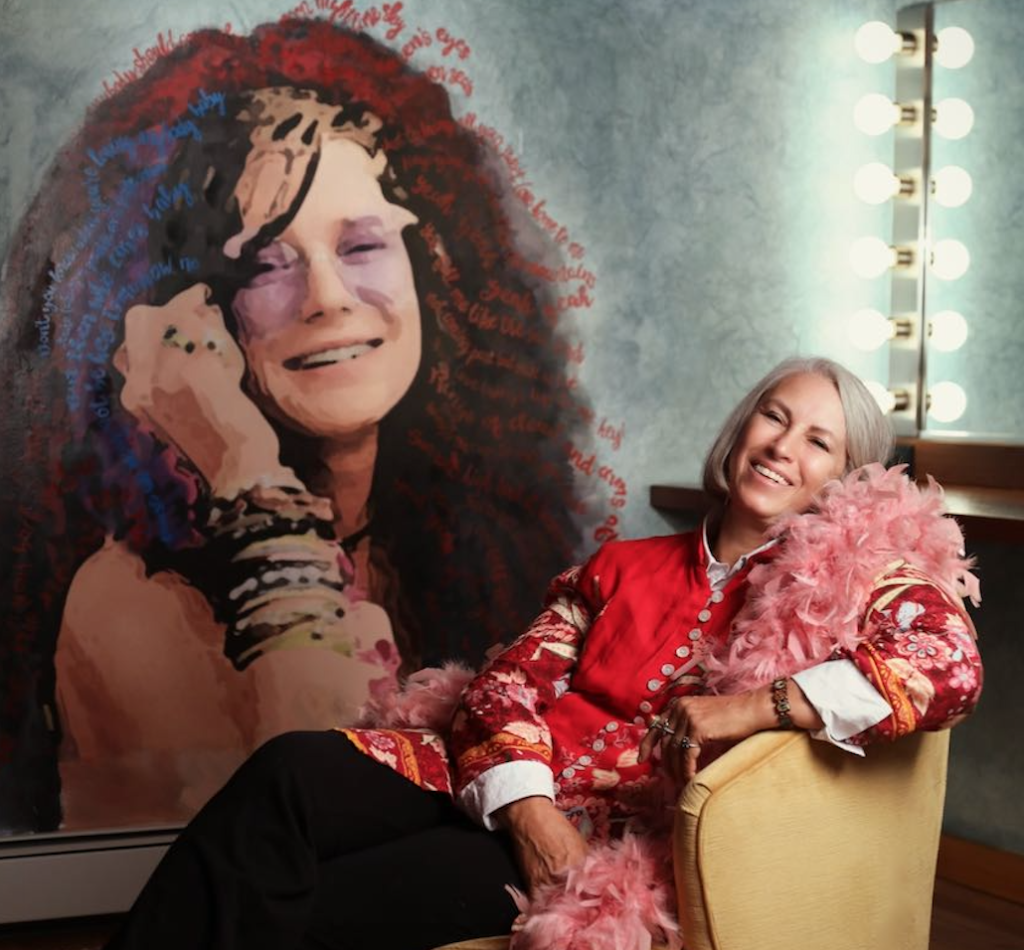