Albert Grossman commissioned Milton Glaser, one of America’s most celebrated graphic designers to create the Bearsville logo. Glasers now iconic, playful bear-face logo was used everywhere from the record label to signage on the buildings of the 15-acre farm Albert purchased in 1970 from the local Petersen family.

In addition to his expertise in spotting and engineering talent, Albert was a gourmand. He first turned the Petersen farmhouse into a French restaurant, then build a rustic, high-quality eatery, The Bear Cafe, alongside the Sawkill Creek. Its French and continental cuisine immediately drew musicians and artists as clientele. Next came The Little Bear, for which he flew in and auditioned chefs from Asia. Adjacent buildings housed Albert’s Bearsville Record label and Utopia Soundstage, an innovative, custom video studio with green screen built for client Todd Rundgren. 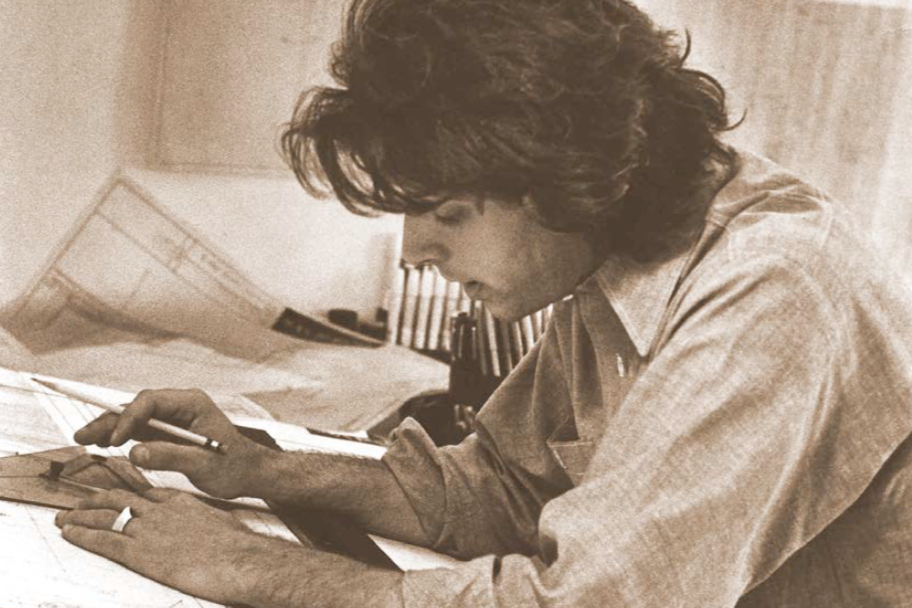 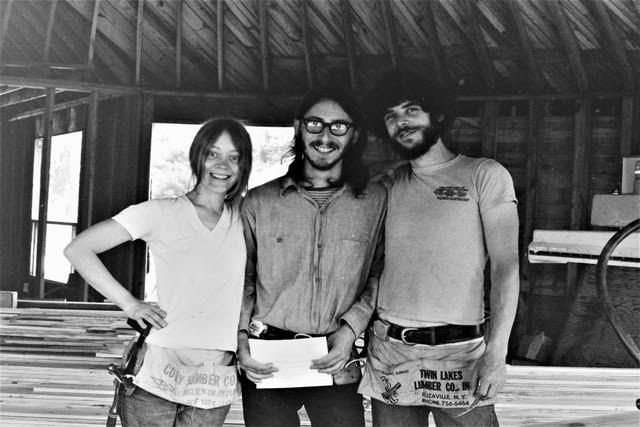 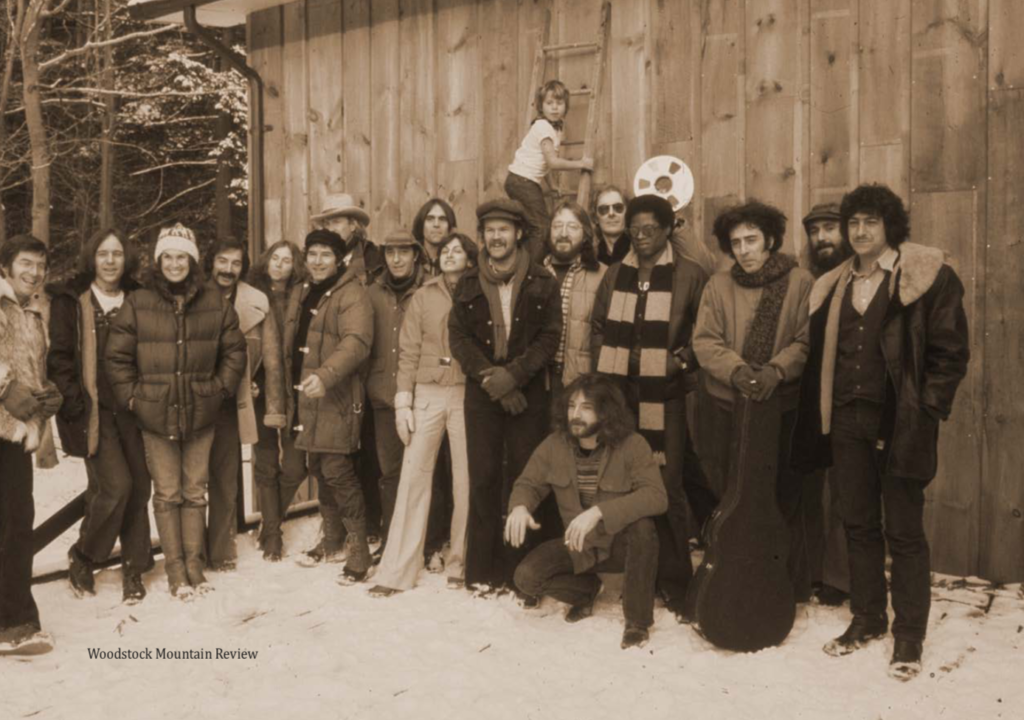 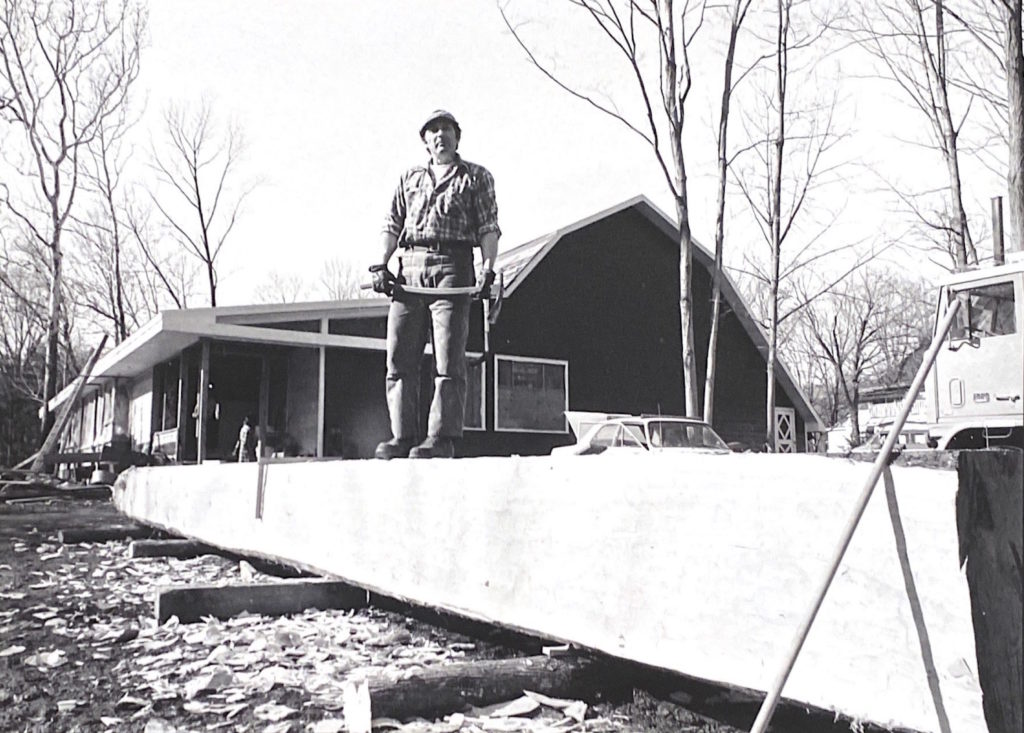 In the 1980’s, work began to transform the 18th century ‘Dutch’ barn into a state-of-the-art theater for music and theatrical productions. Modernization involved raising it high about the ground and then lowering it to five feet above where it started, over a newly dug basement.

The space was designed by a young John Storyk, the gifted architect who focused on acoustic spaces. In 1968, one of his first projects was the creation of the famed Electric Lady Studios in Greenwich Village, NYC for Jimi Hendrix. With that underway, in 1969, John met Albert Grossman through a mutual friend, and a life-changing career started to take shape.

He began designing a recording studio for Albert and accompanied him to the Woodstock Festival. Bearsville Studios opened in 1970. In 1984 he began work on the Bearsville Theater, finishing it five years later – not for Albert but for his widow Sally.

From the original structure, three levels were created:

The building is a testament to the skill of both architect and the carpenters who created it. Paul Cypert, a master carpenter who took the huge project in his stride, used what is now the stage as his workshop.

David Boyle, who learned the art of Japanese woodcarving while serving in the Korean War and described by Albert as “the best 18th century carpenter I know,” was an expert in wood and stone. David’s legacy is twofold—the impressive spiral staircases descending to the basement level and the huge beam in the lounge, which he hewed with an adze from a Catskill hemlock. 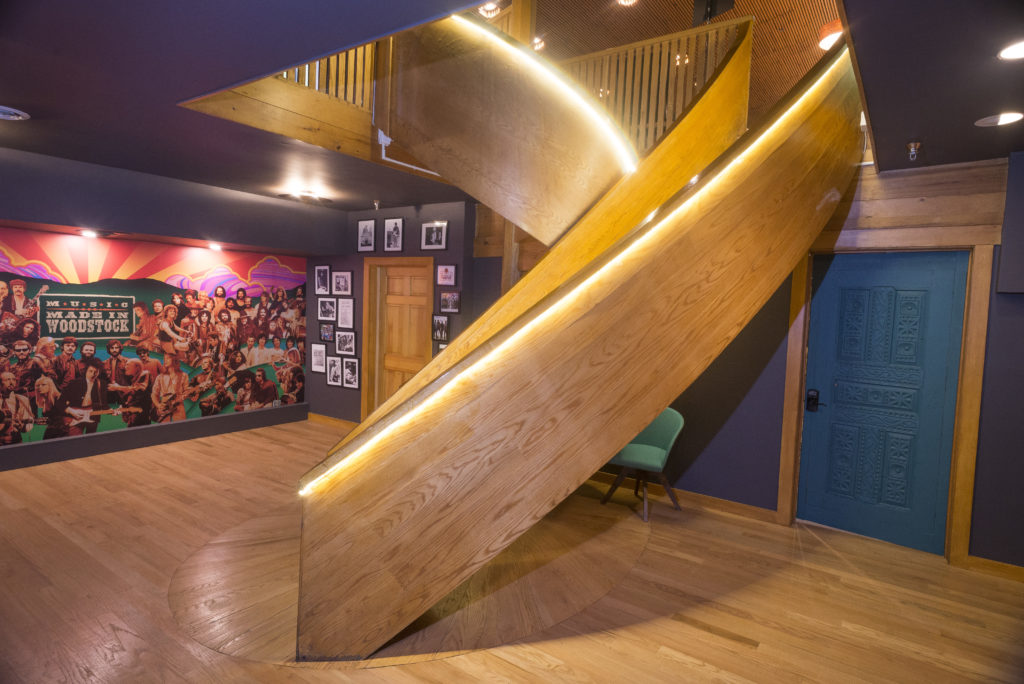 The acoustically sublime space opened in 1989, under the guidance of Sally Grossman. After a concert by the Woodstock Mountains Revue, there followed performances by River Arts Repertory, an Equity company created by Pulitzer Prize and Tony winning playwright and actor Michael Cristofer. Three decades of legendary performances ensued, ranging from Roger McGuinn, Dr. John and Odetta, to theater acts by such luminaries as Paul Newman and Joanne Woodward.

In August 2019, following a few changes of ownership, British organic-food social entrepreneur and music lover Lizzie Vann purchased the property and named it Bearsville Center. She and her team carried out large scale renovations and improvements to restore the complex to its former glory, bring it into the 21st century, and celebrate its historic status and singular musical legacy.