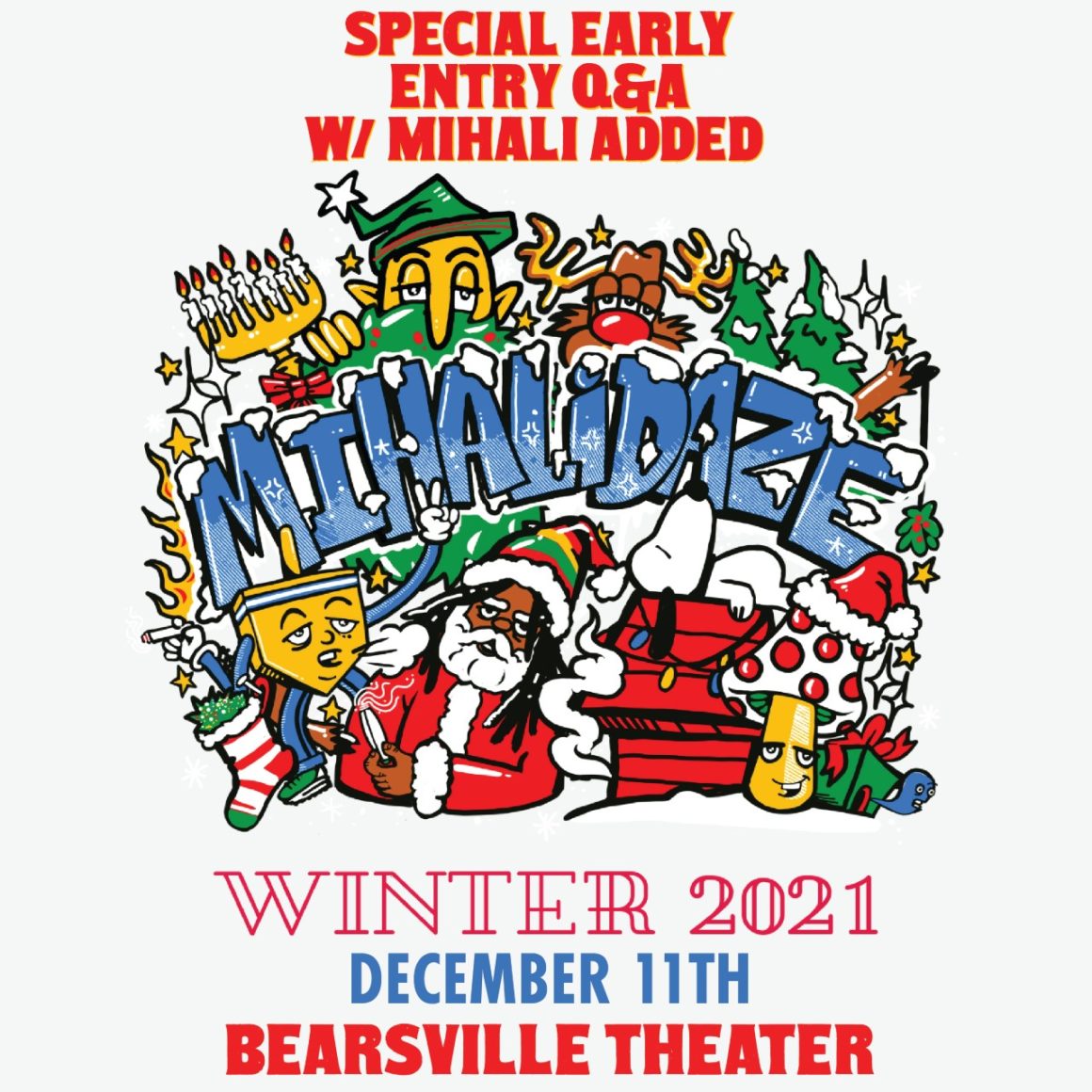 Since 2004, Mihali Savoulidis has consistently elevated Twiddle to unparalleled heights on the winds of his articulately nimble six-string sorcery, genre-bending essence, and soulful vocal eloquence. The Vermont band has headlined hallowed stages in front of sold-out audiences at Red Rocks Amphitheatre and Capitol Theatre in addition to making show-stopping performances at Bonnaroo and Electric Forest and hosting their own annual Tumble Down Festival. Amidst a steady stream of studio and live recordings, the group’s opus, Plump (Chapters 1 & 2), bolstered their total stream tally past 50 million and counting as of 2020. However, Twiddle would be just one avenue for his creativity. Circa ten years ago, Mihali “avoided working a day job” between Twiddle tours by performing covers and originals throughout Vermont as “a solo looping act.”

Along the way, audiences clamored for a possible solo album, which he delivers in 2020 with Breathe and Let Go.

“Fans joke about it finally coming out, because I’ve been talking about it for ten years,” he smiles.  “My main focus was always Twiddle. I had this sense of wanting to do a record—but the time, resources, and vibe had to be right. The music of Breathe and Let Go reflects what I loved to listen to growing up. Before I got into the jam world, it was raw songwriting that resonated with me. I feel strangely nostalgic listening to the album. It’s my past and my present, but also my future. It’s the first time I’m stepping out. The songs are almost like diary entries. They’re not all about me, but I’ll write from a third-person perspective when it comes to others around me. It’s my song-diary.”

This diary spans his entire life. Collating “old songs and new songs,” it highlights each side of Mihali’s character. In order to capture the full picture, he linked up with two-time GRAMMY® Award winner, producer, musician, and guitarist Eric Krasno [Soulive, Lettuce, Tedeschi Trucks Band, Pretty Lights] in the studio. Working on both coasts in Brooklyn and Los Angeles during a series of intensely fruitful sessions, Eric pushed him out of his comfort zone.

“Eric added his touch,” Mihali goes on. “The cohesive sound was a blend of my writing and his production style. There’s a hip-hop influence, mixing live and recorded drums. It’s rhythmic and more produced. I can be a busy guitar player. He got me to play to the vibe of the track rather than play a solo. I learned patience and restraint and how to serve a song.”

As such, the song-craft proves to be a focal point. Mihali takes advantage of a blank canvas without expectations, welcoming a new beginning.

“Obviously, Twiddle has a sound,” he admits. “I realized I needed the yin and the yang in my life though. Twiddle gives me one form of musical satisfaction. Breathe and Let Go gives me a different kind of satisfaction. I require expression through both the band and the solo music in order to feel fulfilled. Even though I write from my own perspective in the band, this is like a true snapshot of my life in the moment. I could really try to make something new here.”

He teased out the project in 2018 by way of the sunny hop of “Stubborn Smile” and the politically charged “Fading State”. Opening up his world, the title track and intro “Breathe and Let Go” sways from lithely strummed acoustic guitar and organic percussion towards an affirmation on the chorus. He gently croons, “Relax and go slow, and let your life unfold.” Those words hint at an overarching motif throughout the album with four songs referencing “breath.”

“When my daughter has temper tantrums, I always repeat, ‘You’ve got to breathe’ to calm her down,” he says. “I was on a family vacation in Aruba, watching everybody interact with a guitar in my hand. I started thinking about calming down, relaxing, and how good that can be to reset and have a different perspective. We often search for an answer or a solution and get worked up. However, the solution is often right in front of us. It just needs a reset.”

A bevy of friends joined him across the track-listing. Enjoying the opportunity to “work with some of [his] biggest influences,” he teamed up with G. Love on “Strongest of Our Kind.” Buoyant wordplay gives way to a hypnotic hook as he recounts the story “of a dear friend who had the shittiest hand dealt to him, but he made it out and thrives with a new attitude on life.” Representing a full-circle moment, he joins forces with a formative idol, Citizen Cope, on “Heart Song.” The storytelling takes center stage over a stark and steady beat as he once again urges, “the love comes when you focus on your breathing,” before a guitar solo cries out.

“Enemies” marks a reunion with Matisyahu. In 2016, they collaborated on “Storm Tossed,” which put up over 1 million Spotify streams. Now, “Enemies” taps into their chemistry as it provides a plea to “keep living your dreams and not letting hate get in the way.”

As Mihali evolves on Breathe and Let Go, he ultimately exhales a fresh creative spirit.

“When you hear the record, I’d love for you to feel good,” he concludes. “Even if you relate to one tune, I’d be happy. I hope my music is the soundtrack to someone’s life. I put everything I had into this. It feels like my own. I can’t wait for everyone to hear it.”