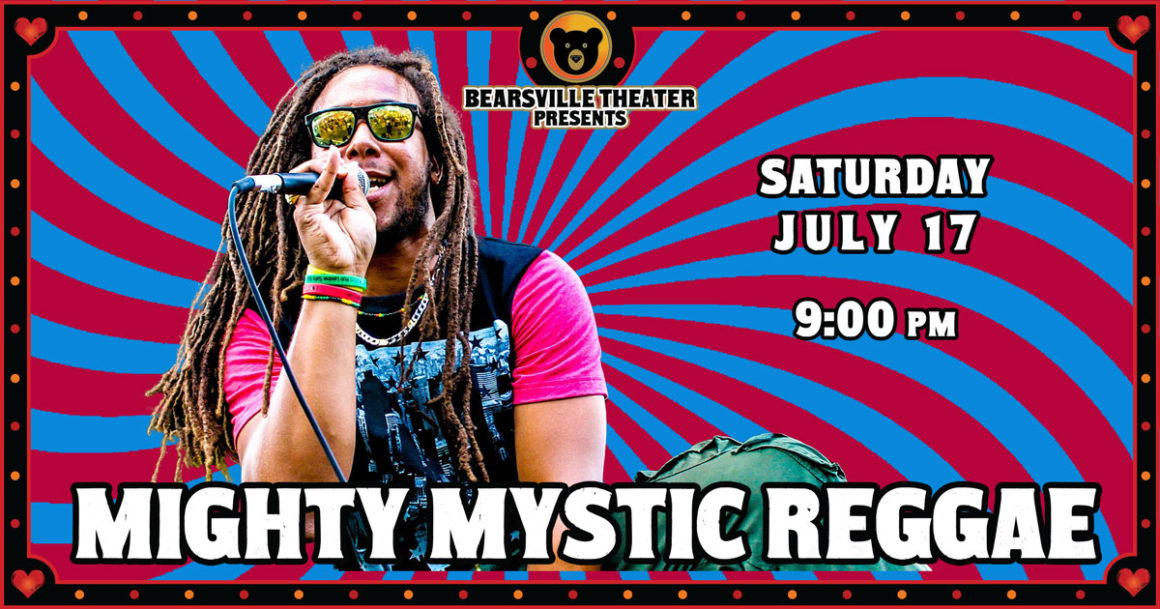 Mighty Mystic is considered as one of the leaders in today’s budding reggae scene. His high- flying stage performance is captivating audiences all over. Mighty Mystic came on the scene in 2006 after scoring his first international hit with the song “Riding on the Clouds.” However, it wasn’t until the release of his first album “Wake up the World” (2010) that he became a household name. “Wake up the World” boasted several standouts, such as “Revolution,” “Riding on the Clouds,” “Original Love,” and “Slipped Away” with appearances from reggae icon Shaggy and roots rocker Lutan Fyah. Mystic continues to wake up the world with his high energy, message driven brand of reggae music which he emphatically calls “HARD ROOTS.” It is this unique spin on classic reggae blended with Hip Hop & Rock that has catapulted him to the forefront of todays reggae revival. Mighty Mystic is also the younger brother of current Jamaican Prime Minister Andrew Holness. When asked, does being the brother of Prime Minister Holness have any impact on your music? Mystic simply says “Andrew has a job to do and so do I, impact or not we both have our own mission to complete”.

THE EARLY YEARS
Mighty Mystic was born Kevin Mark Holness in the farming community of Goshen, St. Elizabeth, Jamaica to parents Morris & Sonia Holness. As a child, Kevin showed early interest in his native island’s music. It was common to hear him singing the latest tunes while imitating the actions of popular reggae artists. When Kevin was 9, the family relocated to Boston, MA in search of a new life. Though oceans apart Kevin never lost the passion for his beloved reggae music. Kevin alongside his brother Stephen began performing at school talent shows, outdoor gatherings and anywhere a mic was on display and quickly made a name for themselves as the “reggae rappers”. Soon after the brothers formed their first band the “Thunder Band”. Kevin became “Mighty Mystic” and Stephen took on the role of lead guitarist, song writer & background vocalist. With Mystic on vocals and Stephen on the lightening sharp guitar the brothers would score a National hit (Riding on the Clouds) and a Global hit (Revolution) on their two first releases. This early success and family bond would be the foundation of which carefully crafted reggae music would follow.

MYSTIC OF TODAY
Though his brother Stephen has since retired, Mighty Mystic has continued to carry the reggae torch. And is now a Globally respected and sought-after artist on the reggae scene. His brand of “HARD ROOTS” with his high energy stage performance has been a magnet for the enthusiastic reggae fan base. He has managed to hold firm to his Jamaican roots while adding elements of Hip Hop and Rock giving Mystic his own identifiable sound. To date Mystic has released 4 top 10 charting albums (Wake up the World 2010, Concrete World 2014, The Art of Balance 2016 & Enter the Mystic 2019). A dozen chart topping singles and thousands of radio plays and adds. He has done over 25 national tours and several international tours. Since his early days of performing at school talent shows Mystic has gone on to tour and/or shared the stage with Ziggy Marley, Steel Pulse, Damian Marley, Buju Banton, Stephen Marley, Shaggy, SOJA, Toots and the Maytals, Collie Buddz, Sean Paul, Lee Scratch Perry, Barrington Levy, The Wailers, John Brownʼs Body, Luciano, Third World, Freddie McGregor, Capleton, Badfish, the Dirty Heads and the list goes on and on and on… Whether club, festival or TV you can be sure to be entertained by the vibes provided by Mighty Mystic. Be on the lookout for 2021 select tour dates and much anticipated album coming your way.

Please note tickets will not be mailed. Limited capacity.
Tickets are non-refundable.
We’re looking forward to seeing you at the show!

Come on down to Bearsville Theater to celebrate Je