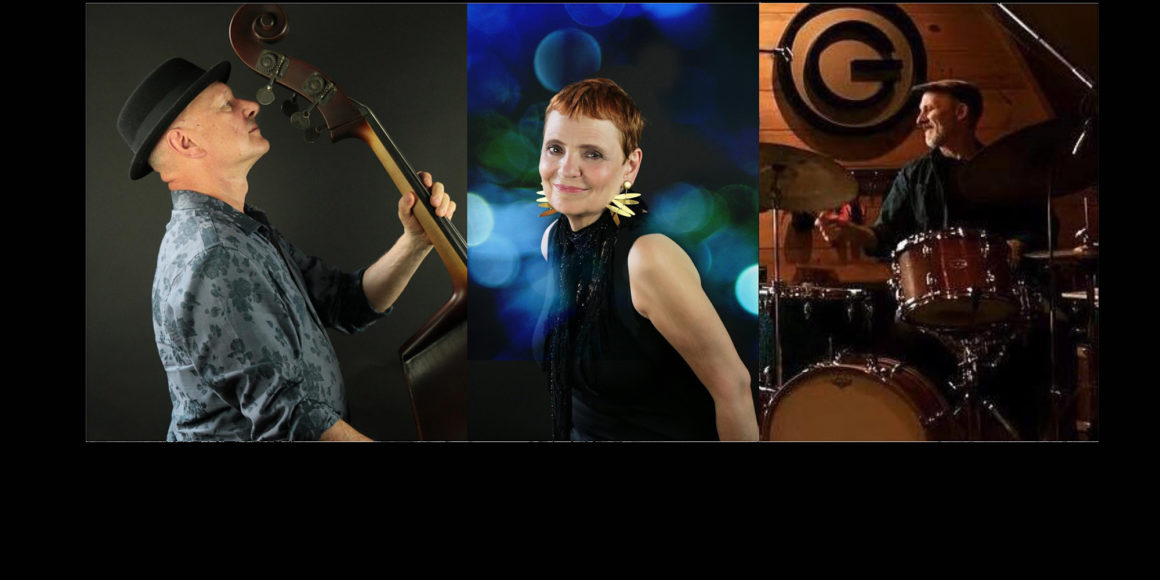 We do ask for a small cover charge. Too often, local musicians are paid poorly (or not at all and expected to work for tips). We are leading the fight to pay for musicians a decent amount for their contribution. Respect our Musicians and Keep Music Alive!!

“Teri has an intuitive laid back sense of time reminiscent of Abbey Lincoln and Betty Carter but with her own uniqueness.” JACK DEJOHNETTE (legendary jazz drummer & 2012 NEA Jazz Master)

American jazz musician Teri Roiger lives in New York City and also in New York’s Hudson Valley, and over the years her music career has taken many exciting twists and turns. Teri is a jazz vocalist, but also plays piano, composes music, and writes lyrics. She has performed as a DUO with her husband, bassist John Menegon, throughout the U.S., Canada, Mexico, and Europe, and they have been featured artists at the San Miguel Jazz Festival (Mexico), Panama Jazz Festival (Panama), and Bolzano Jazz Festival (Italy), where they presented concerts and masterclasses. Teri’s depth of experience and love of jazz is apparent when she brings all her talents to live performances, the recording studio, and through her moving lyrics and compositions. She has also been sharing her knowledge and inspiration with her diverse students. Her recordings have all met with critical acclaim, as have her live performances at festivals and top New York jazz spots (Birdland, Kitano, Dizzy’s, Mezzrow, Jazz Standard).

Her latest recording, SHINE A BRIGHT LIGHT, is with a newly-formed Brazilian Jazz Band called SHARP 5. It was released in September 2021 on Valley Jazz Records, a new record label she created along with Menegon. SHARP 5 features Teri on vocals, John on bass, Pete Levin on piano & keyboard, Jeff Siegel on drums, and Nanny Assis on percussion, guitar & vocals.

Teri’s previous releases include GHOST OF YESTERDAY: SHADES OF LADY DAY where Teri showcases her uncommon knowledge, appreciation, and deep love for the artistry of Billie Holiday. Her recording DEAR ABBEY: THE MUSIC OF ABBEY LINCOLN met with great critical acclaim, as did STILL LIFE, where her composition “Still Life” won 3rd prize in the jazz category of the acclaimed songwriting competition ISC. Teri & John’s first collaboration, MISTERIOSO, included jazz legends Jack DeJohnette and Kenny Burrell, and Teri was given permission to publish her original lyrics to Monk’s iconic composition “Misterioso.”

“New York bassist JOHN MENEGON is in the line of George Mraz and Michael Moore; a harmonically sophisticated bassist with technical facility who swings hard when it’s called for.” Kirk Silsbee, Downbeat!

Menegon is a jazz bassist, but is also a guitarist, arranger, singer, and composer. He began his career as a musician in Montreal, and after having worked for several years on the Canadian jazz scene, Menegon moved to New York City to study jazz at Long Island University. John has been composing and arranging music throughout his career, and the ten years he spent as bassist for two legendary tenor saxophonists, Dewey Redman and David “Fathead” Newman, provided a solid foundation for Menegon to continue his explorations as a bandleader. Having spent over a decade performing, touring, and recording with each of them, these jazz legends have taken John around the world, playing at jazz festivals in South Africa, Argentina, Turkey, Brazil, Mexico, Europe and the U.S., and have been a major influence in his playing and compositions. He has released five CDs as a leader, including I REMEMBER YOU (four stars in Downbeat) and BLEW BY BLUES, a dedication to bassist Charlie Haden. He currently plays bass with jazz legend Joe Lovano, and is a member of SHARP 5, a newly-formed Brazilian Jazz band. He contributed 3 compositions to their new album SHINE A BRIGHT LIGHT released in Sept 2021 on Valley Jazz Records.

“Matt is a swinging drummer and true keeper of the flame.” Vincent Herring, saxophonist

Drummer Matt has been on the New York City music scene since 1994. He has performed with some of the best in the business, including Grammy winner, Vincent Herring, David Williams, Teri Thornton, Peter Bernstein, Gary Versace, Ron McLure, Ed Cherry, Ben Monder, Ratzo Harris, Jeremy Pelt, Steve Slagle and Jerome Richardson, among others. Garrity has been living in the Hudson Valley since 2017 and produces a concert series out of his home/studio called Barnstock.