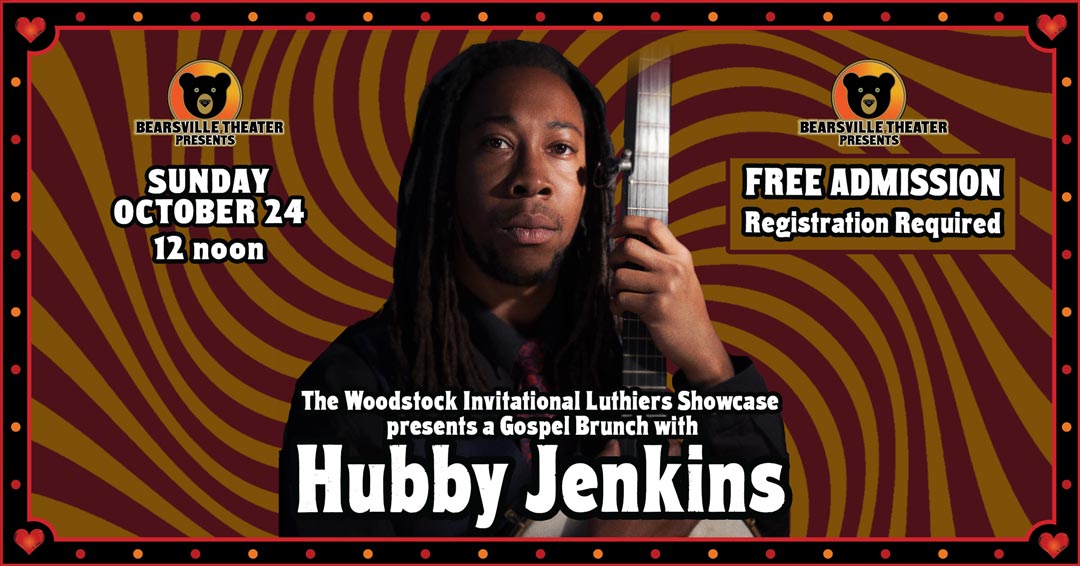 This very special event is presented by the Woodstock Invitational Luthiers Showcase and Robert Baker Rorick as a gift to the community in conjunction and cooperation with Bearsville Theater, partially funded with a grant from the Bluestein Family Foundation administered by the Woodstock Byrdcliffe Guild.

Hubby Jenkins is a talented multi-instrumentalist who endeavors to share his love and knowledge of old-time American music. Born and raised in Brooklyn he delved into his Southern roots, following the thread of African American history that wove itself through country blues, ragtime, fiddle and banjo, and traditional jazz. Hubby got his higher musical education started as a busker. He developed his guitar and vocal craft on the sidewalks and subway platforms of New York City, performing material by those venerable artists whose work he was quickly absorbing. An ambitiously itinerant musician, he took his show on the road, playing the streets, coffee shops, bars, and house parties of cities around the country.

After years of busking around the U.S and making a name for himself, Hubby became acquainted with the Carolina Chocolate Drops. He was an integral part of the Grammy award winning Carolina Chocolate Drops from 2010 to 2014. Since 2015 to 2018 he was active in touring and recording member in the Rhiannon Giddens band. He was on her album “Tomorrow Is My Turn” in 2015 and in 2017 “Freedom Highway.” After these projects Hubby’s focus is on solo performances around the world.