Americanaland-Music and Words with John Milward at Bearsville Theater 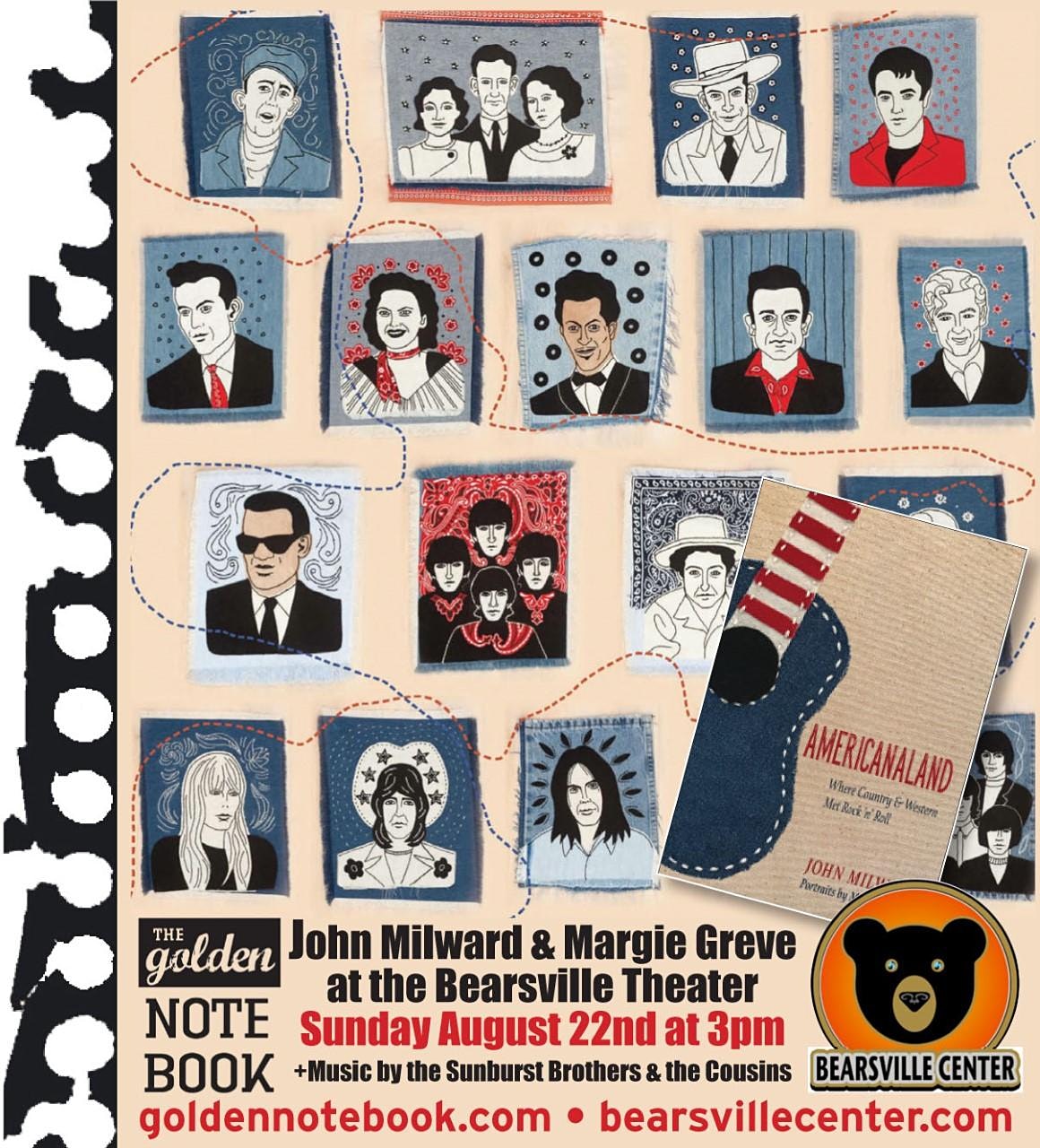 The Bearsville Theater and the Golden Notebook celebrates the publication of Americanaland: Where Country & Western met Rock n Roll.

The Bearsville Theater and the Golden Notebook celebrates the publication of Americanaland: Where Country & Western Met Rock ‘n’ Roll by John Milward and Margie Greve.

The event will feature a reading with intimate musical performances by John Milward, a book signing including artist Margie Greve, and a full set of Americana music by the Sunburst Brothers and the Cousins.

Americanaland chronicles the evolution and resonance of this ever-changing amalgam of American music. Margie Greve’s hand-embroidered color portraits offer a portfolio of the pioneers and contemporary practitioners of Americana Reserve a seat in advance with Eventbrite. Books will be available for purchase and signing at the event or with a purchase receipt from the Golden Notebook Bookstore. (www.goldennotebook.com)

John Milward has written about popular music for more than forty years; he was the chief pop music critic for the Chicago Daily News and USA Today and has written for Rolling Stone, the New York Times, and No Depression. He is the author of Crossroads: How the Blues Shaped Rock ’n’ Roll (and Rock Saved the Blues.) Margie Greve’s work has appeared in Rolling Stone and the New Yorker and has been shown in galleries in New York City and the Hudson Valley.