Weekends at Bearsville. AMERICANA BBQ every Saturday 12.00-5.30pm at Bearsville Park and the iconic Bearsville Theater by the banks of the Sawkill Creek. We do ask for a small cover charge which will go directly to the musicians on the day. Respect our Musicians and Keep Music Alive!

This husband and wife team are hitting it hard, spreading “Merry-Cana”, a term they coined to describe their genre. They will be bringing their unique brand of stripped-down, upbeat Rockabilly, Rhythm & Blues, Country, Folk and a pinch a humor to a town near you!

Living by the motto “If you can’t do it, kazoo it!”, this pair is sure to make you laugh, drink, dance and grab your partners behind!

Moonshine Falls, a band that bridges the gap between Traditional Bluegrass and the New Blue movement was formed in New York City by husband and wife duo Mary Noecker (bass and vocals) and Dave McKeon (mandolin, guitar and vocals). The couple is joined by Cesar Moreno (mandolin and vocals) and Clarence Ferrari (fiddle).

Drawing from the canon of bluegrass standards, as well as writing songs that fit seamlessly with those of yesterday, the members of Moonshine Falls create a sound that is steeped in tradition without drowning in it. Their debut CD, “Weeds in the Ballast”, has received considerable airplay on bluegrass radio since it’s release and Dave’s original songwriting has been praised by No Depression, Journal of Roots Music and has won him Podunk’s Bluegrass Songwriting Competition. 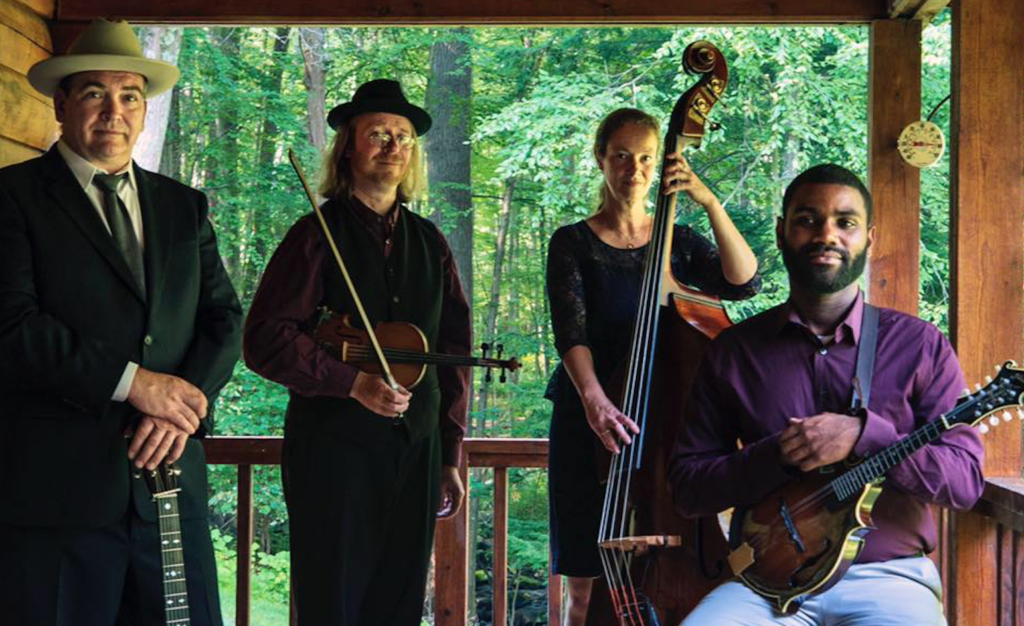 Come on down to Bearsville Theater to celebrate Je