Between 1969 and 1984, Bearsville Records released 81 albums, of many loved and respected artists. To honor them, each of these LP’s are to be showcased inside the Bearsville Theater as we recognize their talent and contribution to Bearsville and the global music industry.

Following a deal with the Ampex Company, Albert Grossman started the Bearsville Records label in 1970, in conjunction with his new recording studio. During its first year, the label signed up five albums, including Todd Rundgren’s debut, Runt and Grossman’s clients Ian and Sylvia’s venture into country rock, Great Speckled Bird. Acclaimed graphic designer Milton Glaser, who frequently worked with Grossman designed the labels logo: a whimsical illustration of a bear’s face. 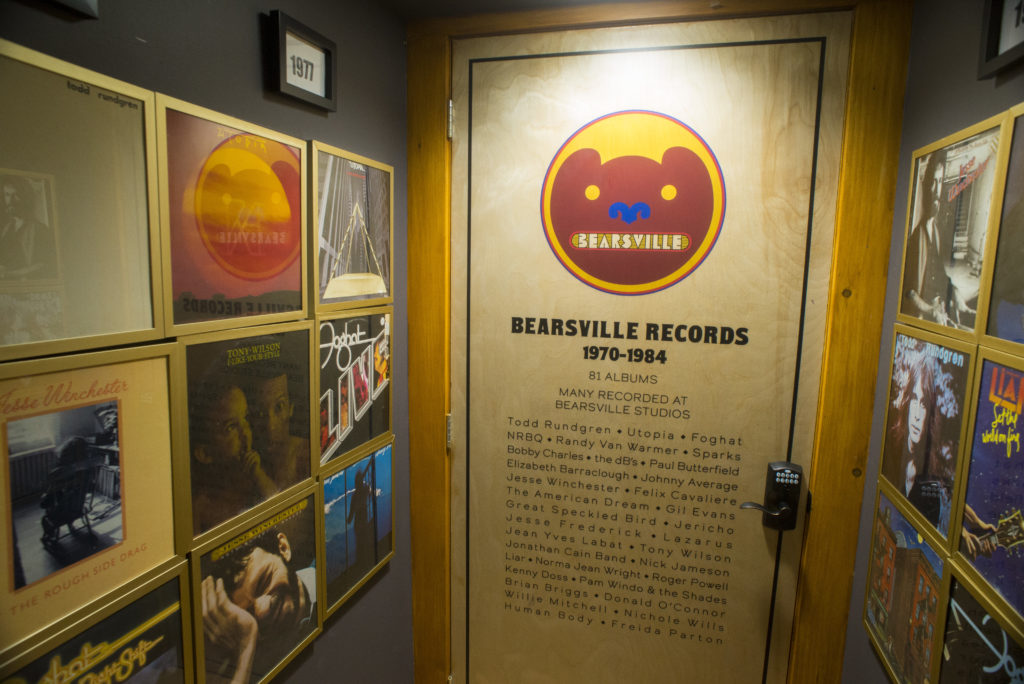 Bearsville Record offices were located in a farmhouse next to today’s Bearsville Center on Route 212. Over fourteen years, Bearsville released 81 albums (most distributed by Warner Bros.). The labels first big success was not a Grossman client but British blues-rock band Foghat’s debut, signed by Bearsville A&R man Paul Fishkin. The band would release ten LPs on Bearsville. In 1978, Scottsman Ian Kimmett took over as head of A&R.